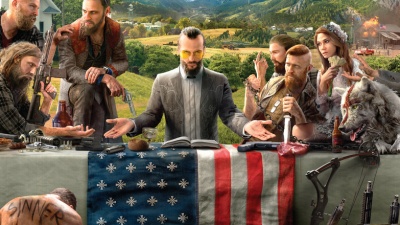 This entry in the Far Cry series is set in Hope Montana, where the preacher Joseph Seed has risen to prominence. Seed believes he has been chosen to protect the people of Hope Country from the inevitable collapse. To this end he has established the congregation of Eden's Gate. Eden's Gate has, through coercion and violence, forcibly converted the residents of Hope County. When an armed task force is sent into Hope County to arrest Seed, they are overwhelm and most of them are killed in the resulting conflict. Seed now has the assumed title of "Father", and works with his siblings, "The Heralds".

The player takes the role of Rook, a Sheriff's deputy. You are party of the task force sent to Hope County to arrest Joseph Seed.

This category has the following 19 subcategories, out of 19 total.