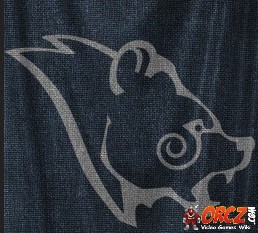 The Stormcloaks are a group of Nords and other Skyrim residences who disapprove of the Imperial reign in Skyrim. They seek to defeat the Imperial legion and restore Skyrim to the land it was.

Earlier in the history of Skyrim, the White-Gold Concordat was agreed upon. While for a long time it was not fully enforced, this Concordat has terms which bans the worship of Talos. Talos is the highly revered God of the Nords.

Many believe they should be able to continue to worship Talos and take issue with the Imperial forces retracting a promise that allowed the return to Talos worship. This lead to the Markarth Incident.

Ulfric Stormcloak and his army lead an attack on Markarth which had been taken over by the Forsworn. Without any Imperial assistance they managed to take back the city. Stormcloak negotiated a deal with the Jarl of Markarth to allow Talos worship within the city.

The Imperial Legion returned to Markarth and started to enforce the ban instated on Talos Worship with the White-Gold Concordant. Ulfric was able to pressure them to stop, for a time. The Aldmeri Dominion put pressure on the Legion and forced them into action. The result of this was Ulfric and his army being imprisoned.

Shortly after Ulfric's imprisonment, his father passed away. Ulfric had to have his eulogy smuggled out of his prison cell. When he was released was the point that the rebellion began in earnest.

The event which triggered the civil war itself was the duel between High King Torygg and Ulfric Stormcloak. It is said that the learder of the Stormcloaks defeated the young king using the power of the Voice.

The following 2 pages are in this category, out of 2 total.