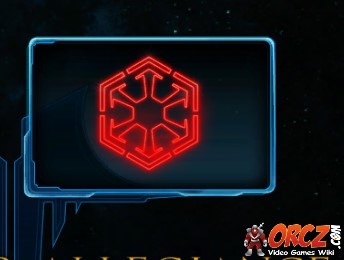 "The Sith Empire" is an allegiance/faction in Star Wars: The Old Republic.

You choose your allegiance during Character Creation

A rigid, militaristic society where aliens are subjugated and the Sith Lords are supreme, the Empire is ruled by the mysterious, all-powerful Sith Emperor.

To Imperial citizens, power is everything; only the strongest ascend to glory.