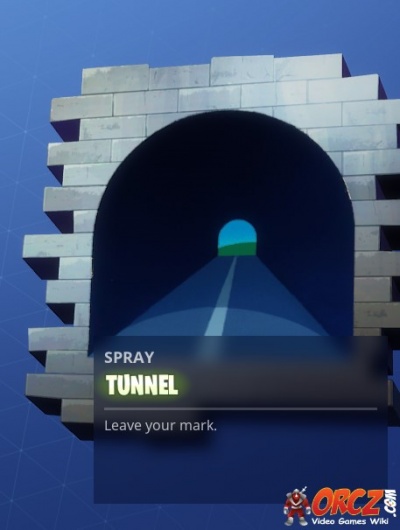 Tunnel is a Spray you can unlock in Season 4 in Fortnite Battle Royale.

The Tunnel spray is earned at Tier 94 of the paid Season 4 Battle Pass.