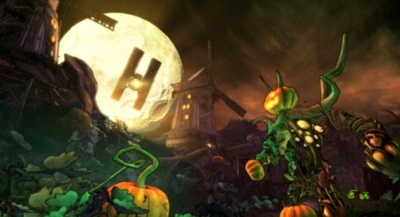 This Halloween themed DLC "Headhunter" pack is the first of three that will be released.

This add-on pack contains a single, medium environment.The main quest giver of this DLC is T.K. Baha. He will welcome you to the new area, Hallowed Hollow. THere are only a few new enemies added in this DLC. There are also 4 kinds of Bloody Harvest Candy that can be found and used to boost abilities.