Breath of the Wild: Steppe Talus 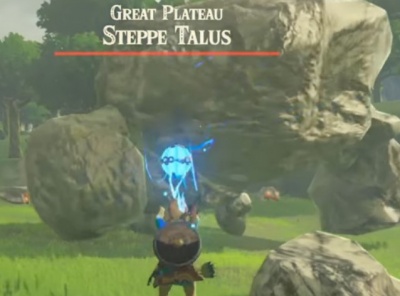 Link fighting a Steppe Talus in the Great Plateau in LoZ: BotW.

The Steppe Talus is a Mini-boss in the game The Legend of Zelda: Breath of the Wild.

A golem-like monster made of boulders.

Initially, this creature will appear to be an innocent pile of big rocks. But when Link approaches it, the boulders assemble into a massive rock elemental monster.

The Talus has four attacks: