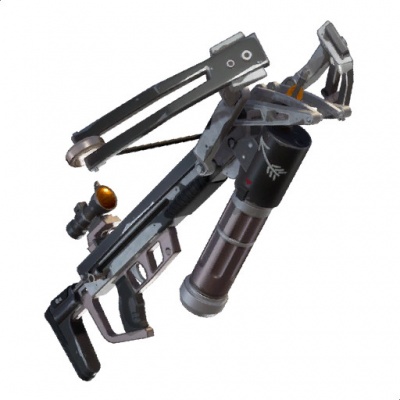 An A render of the Crossbow as it appears in Fortnite BR.

As of patch version 4.0, the crossbow has been vaulted.

The Crossbow is a Weapon in Fortnite Battle Royale.

The Crossbow is a near silent sniper that boasts average damage and infinite ammo.On the other hand, they're relatively slow and don't cause much damage, so they're better against targets who don't have shields or are already hurt.They also don't damage buildings.