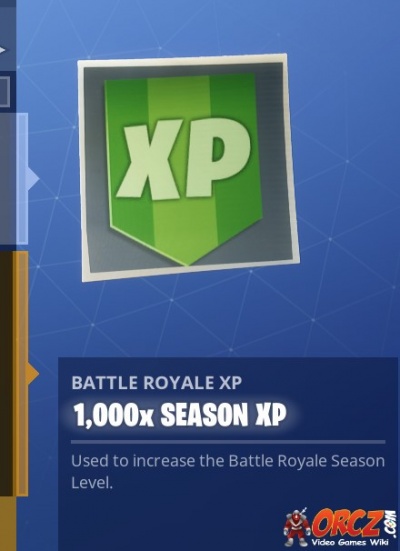 1,000x Season XP is one of the possible rewards for advancing in the Battle Pass in Fortnite Battle Royale.

Part of the rewards in the Premium Battle Pass, letting you advance faster.