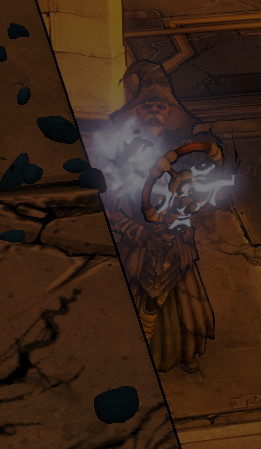 A Runed Sorcerer - one of the Mages in DLC4

The Arcane Sorcerer is a type of Mage in Tiny Tina's Assault on Dragon Keep DLC.

These are Shock oriented foes. They will lob Shock bolts and Teleport around with a burst effect to attack you. Watch where they are lobbing their spells. They can hover above the ground then unleash a burst attack around them. They can also generate a shield around themselves that you will need to take down.