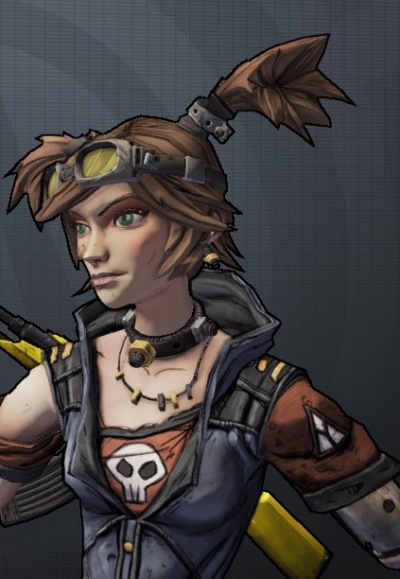 "Gaige the Mechromancer" from Borderlands 2

Gaige is one of the Playable Characters in Borderlands 2.

Gaige is a Mechromancer. She is the fifth playable class in Borderlands 2, first revealed at PAX East 2012. Gaige was added as post-release downloadable content released on October 9, 2012 for $9.99 USD / 800 Microsoft points / $14.40 AUS. Those who pre-ordered Borderlands 2 received the character free of charge. Her skill grants her the ability to control the D374-TP, or Deathtrap. She is also used as a marketing tool outside of Borderlands 2 where the character chats on Twitter and releases ECHO logs.

Gaige was a high school student from the planet Eden-5. She originally conceived Deathtrap, then called DT, as a science fair project to combat bullying. Her rival, Marcie Holloway, was a contestant in the science fair as well, and used her father's money to buy her way through the competition. Marcie apparently stole Gaige's DT designs and sold them to Eden-5's police force.

On the day of the science fair, Marcie's father bribed the judges, helping win her first place with a defective robot based on Deathtrap's blueprints. Gaige placed third. Marcie then shoved Gaige, causing Deathtrap to identify her as a hostile. Deathtrap attacked with its claws, causing her to explode due to a miscalibration by Gaige. Gaige was escorted to the principal's office, and faced expulsion and arrest for accidentally murdering her rival. She called her father to create a distraction to help her evade arrest, and bought a ticket to Pandora, where she stowed away on a train leading to Windshear Waste.

Summon Deathtrap: Summons Deathtrap, a robot, to fight for you 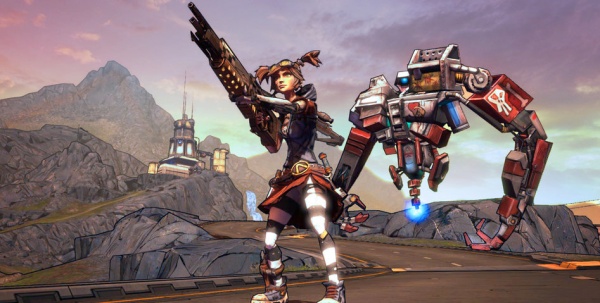