Difference between revisions of "Fallout 4: Science" 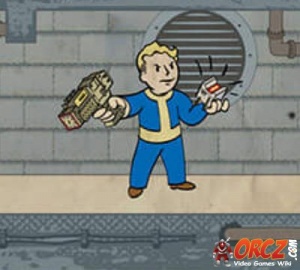 Science! is an Intelligence perk in Fallout 4.

The Science! Perk is a requirement to craft certain weapon Mods, in particular mods for Energy Weapons. such as laser and plasma guns.

Depending on how powerful the mod is, you will need a higher rank of Science! in order to craft it.