Breath of the Wild: Guardian Scout 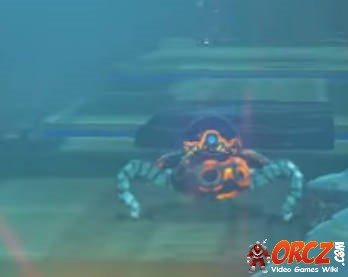 The Guardian Scout is one of the Guardians in LoZ:BotW.

A Guardian Scout is the most basic combat unit of the Guardians. There are a number of versions of this unit, each iterative model presenting a greater challenge.

Guardians were originally designed by an ancient civilization to combat Ganon, but these smaller models were placed inside shrines as part of the trials found within. The multiple legs and beam functionality were scaled down but kept mostly intact.