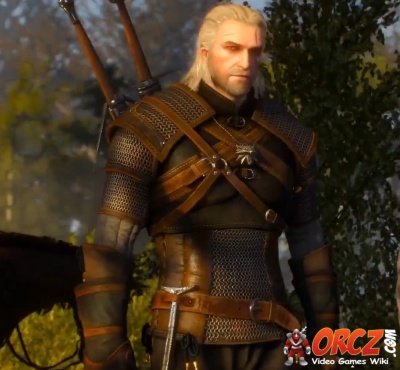 Geralt of Rivia from The Witcher 3 Wild Hunt

Geralt (also known as "Geralt of Rivia", "White Wolf", "Gwynbleidd" and "Butcher of Blaviken") is the main protagonist in The Witcher 3: Wild Hunt, and in previous games of the series.

Geralt is a Witcher. He was born to a sorceress by the name of Visenna and a warrior, Korin. After his birth, Geralt was taken by his mother to the Wolf School - Kaer Morhen stronghold. During the "Trial of the Grasses", which is a painful trial which all Witchers are subjected to, Geralt gained powerful physical and mental abilities.

Geralt suffers from amnesia, and cannot remember significant portions of his past. His journey to piece together what happened to him reaches its conclusion in Wild Hunt.

Over the course of the last two titles, his past has come back in bits and flashes.

Geralt is in a continuing relationship with Triss Merigold, a sorceress who goes missing during The Witcher 2.