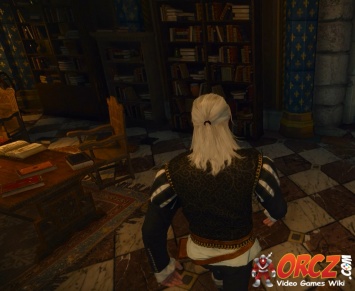 The Royal Library of the Royal Palace in Vizima in The Witcher 3: Wild Hunt.

This is where important books and historical documents are stored.

Ambassador var Attre can be seen here, dictating some notes to his Scribe.

This room is adjacent to Yennefer's Bedchamber.